What Rik did on his holiday

Things I did on my holiday ... 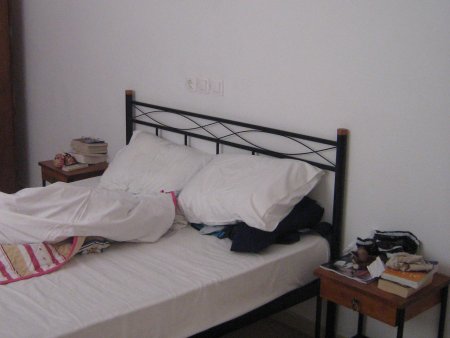 I went househunting in Chania 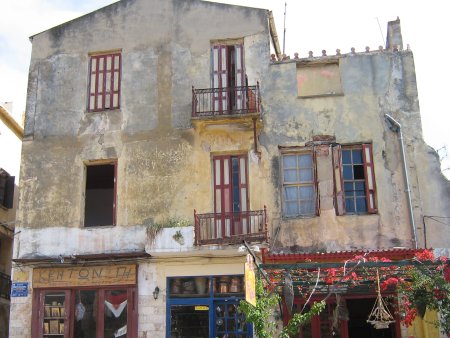 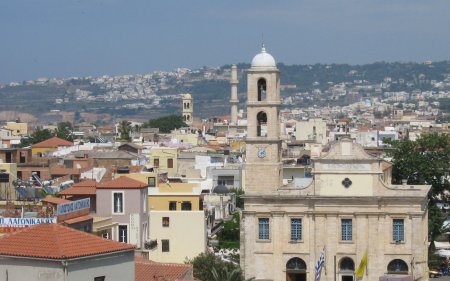 I went on a chuff-chuff through a gorge and into the mountains ... 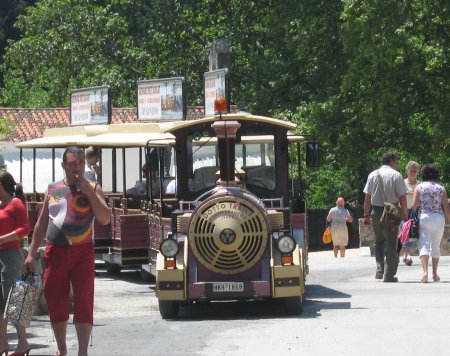 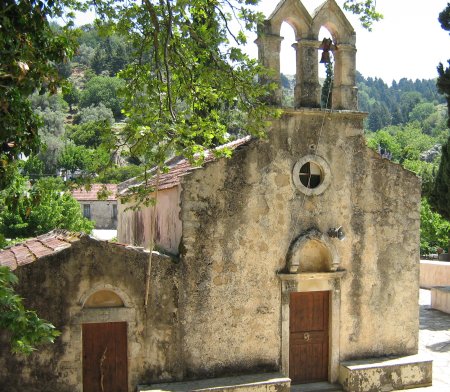 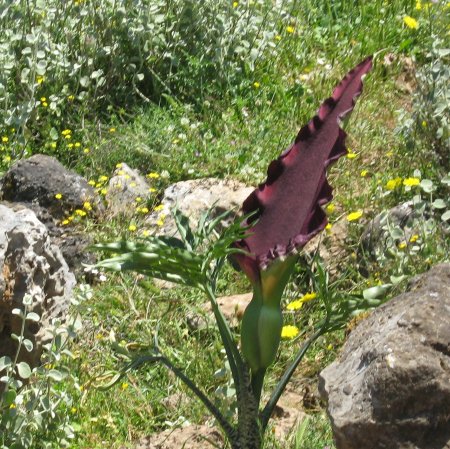 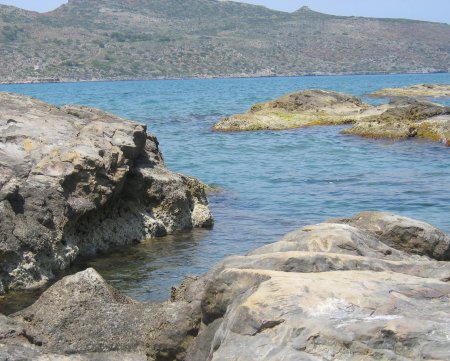 I visited the ancient ruins at Aptera overlooking Souda Bay ... 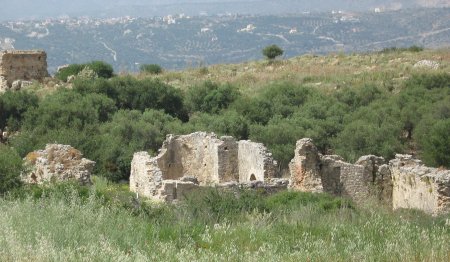 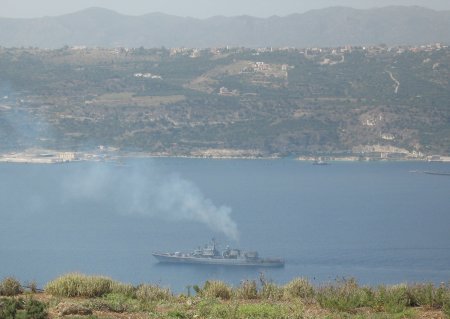 ... and took lots of photos of flowers 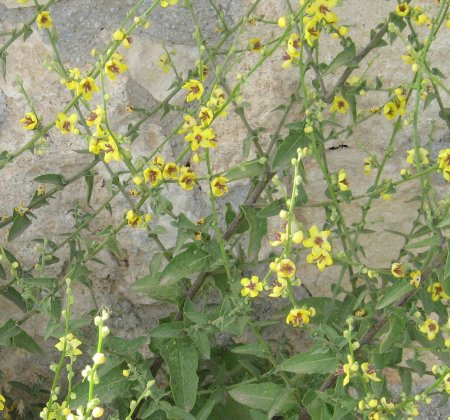 I watched some swallows building their nest under the main highway 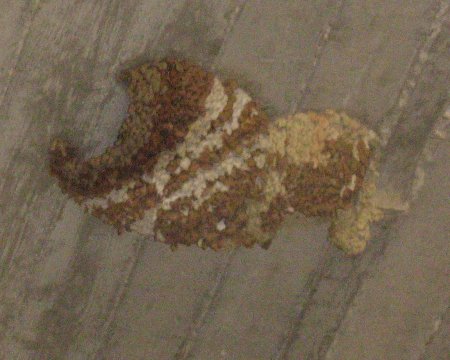 I went through the orange groves to Meskla (by chuff-chuff again: I like Cretan chuff-chuffs) 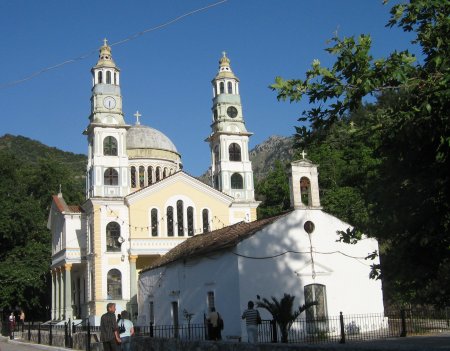 I climbed a mountain at Polyrhinia ... 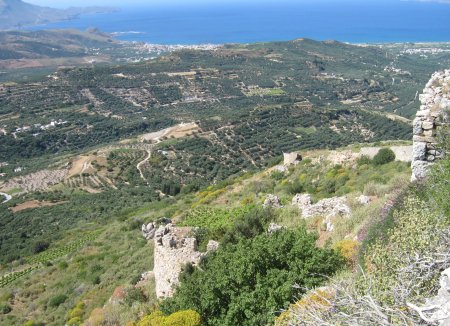 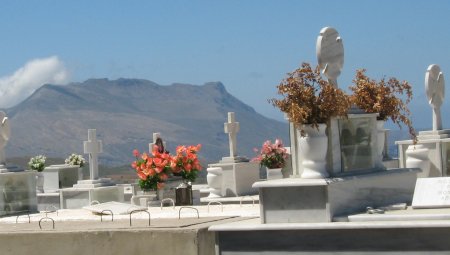 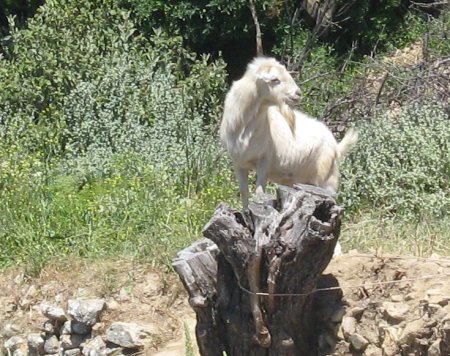 ... and got lost in the mountains when trying to walk home 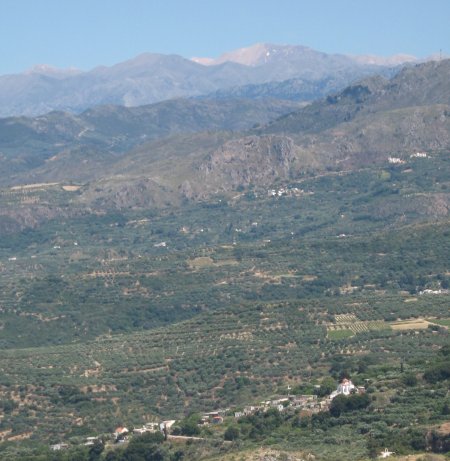 And I walked down Samaria Gorge - the longest gorge in Europe (descent time for a rather unfit Rik: 7 hours 20 minutes) 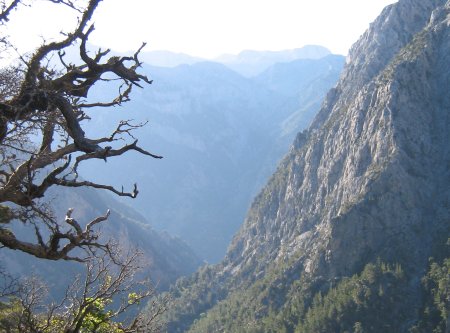 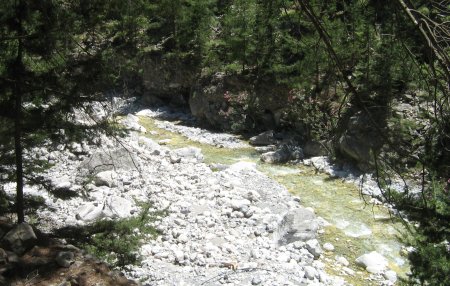 And now I'm back home - with thanks to all the people who helped make this holiday one of the best holidays I've ever had! 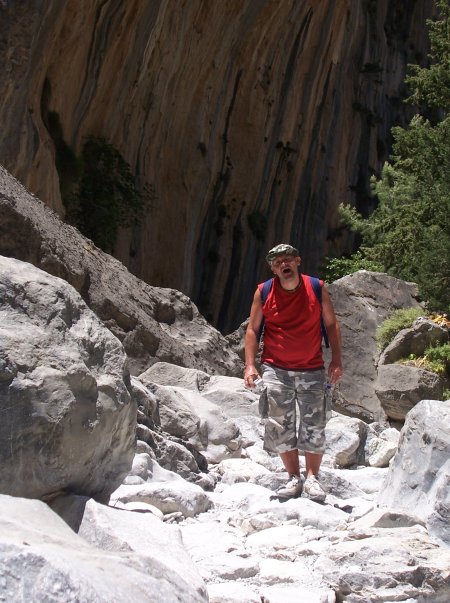 So once again a throwaway comment by Mr Silliman sends my mind hurtling around the curves of my forebrain, questing for fresh insights into the point and purpose of poetry. What Ron typed today included this paragraph:

Whenever we see poetry being equated with sentiment and sentiment equated with responses to military intervention, as with the Richeys, it’s hard, frankly, not to remember that schmaltz was the aesthetic preference & sentimentality the preferred emotion of the Nazis. Or, for that matter, how these same phenomena contributed also to Stalinist social realism. This isn’t a left/right question so much as one of totalitarian psychology per se. Sentimentality is the quintessential totalitarian emotion.

Oh dear. Where to start.

Well, for me it starts not at the blinking eyes trying to comprehend the assertion that sentimentality == totalitarianism. Rather, I found myself wondering what people actually mean by the term 'sentimentality'.

It turns out that the word is more than just kittens on cards and soggy poems about how much A loves B even though B was heartless enough to go and die. Though it is about that sort of stuff, of course.

But it's also (and you can thank Wikipedia and the hour I spent browsing through its various articles for what follows) a lot of other things. For instance, it can be seen as a literary tool which deliberately seeks to cause an overt emotional response in the reader - a way of programming the reader to laugh at this point of the text, or well-up with tears on the next page. This idea interests me a lot.

Sentimentality can also be seen as one half of the battle of ideas which flourished from the start (probably) of the renaissance and continued into the 20th century, the emotional black against the empirical, rational white that arrived with the Age of Reason. The Romantics reacted against reason (in part) with a vision of sentimentality that promoted the individual experience over the constraints of old social structures and traditional views of the world. Indeed, the Victorian Age was soaked with sentimentality - especially when it came to the true and unavoidable inevitability of death. Yet the Victorians were also rationalists, developing science and engineering and philosophy to the point where the industrial revolution changed the face of the planet.

I don't think the second half of the 19th century - a time of massive progress, migration, development, change, cruelty and horror - was a praticularly totalitarian period in the history of the world, however many locks of hair found their way into pendants and brooches.

Onwards into the 20th century and the birth of modernism - which of course was conceived and whelped in the Victorian Age. Which leads me to another problem - what, exactly, is modernism? From my browse of Wikipedia, I get the impression that modernism was not a single, monolithic thing, but rather a change in the European zeitgeist within which writers, poets and artists operated. The change took decades to ferment and mature, but when it did finally catch the popular imagination, it blew away everything before it. Which is not surprising given the devastation of the Great War - the point in time where humanity became its own worst enemy, replacing the constraints of nature and the whims of gods as the Way of the World.

Modernism seems to be (to me, in my own naive way) about individualism - much as Romanticism was about the individual - but this time around without the comforts of sentimentality. Once more there is a dichotomy between those who cling to their emotional insights and those who reject intuition out of hand. Science and religion are seen as opposing ideologies rather than alternative ways to deal with the world around us. Emotion is viewed as either something to be cherished and relished, or something to be dissected, controlled.

As can be seen from the above ramblings, my mind is in a state of flux at the moment with no particular pronouncements to make. But I am beginning to see the shapes of possible questions. For instance, is it fair to say that while pre-modernism saw Art as an intrinsic quality of the object or work whether it is viewed or not, modernism (or at least some strands of it, such as conceptualism) generally sees Art as what the experiencer takes away from an encounter with objects or works?

My (subjective, intuitive and thus probably sentimental) view of Art is that the object or work is not the central point; rather, Art takes place when an artist and an observer interact. The artist usually chooses to invest their side of the interaction in an object (painting, sculpture, installation) or work (poem, novel, play, dance, film), and the observer can be there at the artist's performance or may choose to look at the painting or read the poem hundreds of years later. But it is not the painting or poem itself that is important, but rather the connection between artist and experiencer that takes place - the connection is the Art.

Which makes me realise that, because I write my poems with the specific aim of triggering a sequence of emotions, realisations and insights in the mind(s) of my luckless future reader(s), I must be using sentimentality as part of the toolkit for programming my poems, which makes me a Sentimentalist Poet. And possibly an Artist of the Totalitarian variety - you shall react to my poems in the manner I have decreed!

I'm bored of it. I deactivated my account. I can't physically get rid of my account - which royally pisses me off - but at least I'll be saving my ribs from pokes and superpokes (whatever the fuck they are). No more scrabulous invites, either ...
Posted by Rik at 1:34 pm No comments:

This is, to tell the truth, my fourth attempt at NaPo, and only my second successful completion of the task - last year I gave up around the Day 21 mark and (strangely enough) the same thing happened again this year; if it hadn't been for 2 miserable days of churning out half a dozen poems to catch up I would no doubt be offering tea and biscuits to my old friends Mr. Useless and Mr. Inadequate. Again.

But, 'tis done, and here's my thread over at PFFA to prove it. I also posted the poems to my old usenet haunt rec.arts.poems, for those with the stomach to witness the carnage - not that there was much bloodletting, or even interest, this year; most of the more interesting trolls seem to be hibernating, or dead ...

If one thing is clear to me this time around, it seems to be that I'm getting better at writing poems on the fly: there's more potential keepers in the pile this year than in previous years, and there's only a handful of 'poems' in the thread that need to be put out of their misery as soon as possible.

The other thing that gives me pleasure is the progress made with my interminable poem - I think there is an ending in sight for Snowdrop, and I've now given myself the task of finishing, revising and self-publishing my Great Opus by the end of this year. Just in time for the Crimbo Stocking trade, hint, hint.
Posted by Rik at 7:24 pm No comments:

Suddenly giving away your poem is a 'big thing'?

Though why The Telegraph should consider this to be newsworthy is anyone's guess. I've been giving my poems away for free for years - and I'm not the only one at it.

There again, any publicity for Gillian Ferguson’s poem should be welcomed - the poem is large and ambitious and (more often than not) very well executed.