The news that the Chinese authorities have chosen to execute Akmal Shaikh is ... unsurprising. The condemnations by Government leaders and other politicians are welcome ... but not enough.

No nation state has the right to take a person's life against that person's will. No government should hold the right of life and death over its own citizens or visitors to its shores.

Judicial execution must end. There is something we can do to help end it, here in the UK.

We need a new law. That law must make it explicit that the judicial execution of any Briton in any nation is an act of murder with malice aforethought, allowing the British courts to issue warrants for the arrest of those persons involved in the execution: prosecutors; judges; prison wardens and guards; oficials who have a legal capacity to directly intervene and offer clemency - but choose not to do so.

But it will allow those people to be arrested and charged with murder should they ever attempt to enter the United Kingdom. Such as Rick Perry, Governor of Texas in 2003 when the Texans executed Jackie Elliot; Roy Barnes, Governor of Georgia in 2002 when the Georgians saw fit to murder Tracy Housel. And not forgetting those folks in Singapore who strung up that dog John Martin back in 1996.

Yes, Martin was a serial murderer, Elliot was a rapist-murderer and Housel also murdered an innocent woman. Nasty dogs. But a nation state that executes such deviants makes itself no better than them. A murder can never be fixed by further murders - not in anyone's name. Not even in God's name.

And nation states that execute people with mental disorders ... are no better than the Nazis in Germany with their ethnic cleansing and eugenics.

Akmal Shaik deserved better than the fate delivered to him this morning. In his memory, let us work to bring the perpetrators of his murder to justice!
Posted by Rik at 11:36 am 1 comment:

Advent's over: now it's time for prezzies and feasting and quaffing ... MERRY CRIMBOTIDE EVERYBODY!

Stille Nacht, by Joseph Mohr
Posted by Rik at 8:52 pm No comments: 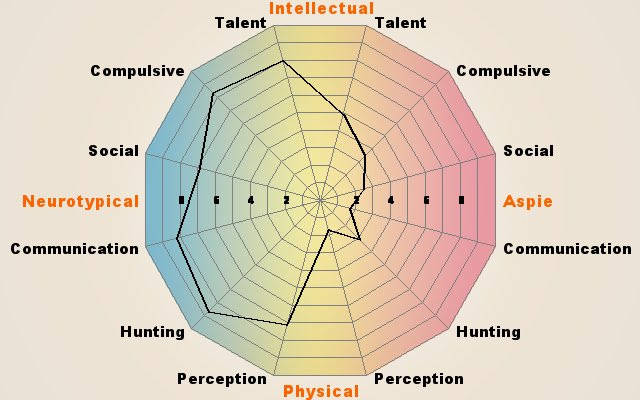 Online test here. I'm only posting this because it looks kinda pretty.
Posted by Rik at 5:31 pm No comments:

For those about to feast on Daffy ...

Cocklorrel, by Ben Jonson
Posted by Rik at 9:38 pm No comments:

The Minstrels played ..., by William Wordsworth
Posted by Rik at 9:28 pm No comments:

Sonnet 97, by William Shakespeare
Posted by Rik at 10:38 pm No comments:

Ring Out Wild Bells, by Alfred, Lord Tennyson
Posted by Rik at 6:15 pm No comments:

The Holly and the Ivy, traditional
Posted by Rik at 6:13 pm No comments:

To date: ten submissions to agents sent out; five form rejections, five outstanding - possibly lost in the post or festering in a forgotten slush pile somewhere. I need to email the outstanding agents to nudger them, but that'll have to wait to the new year now.

Also: no word back from the 2 publishers, from which I can only assume they have chosen not to offer a contract. So that brings the number of rejections to seven out of twelve.

The logical thing to do now is to prepare another batch of submissions to fresh UK agents, and also investigate US agents who accept submission queries online. The trouble is, though, this submissions lark has been going on for over 4 months now ("no time at all, Rik," I hear folks saying) and already I'm bored of it. I'm bored of friends and family and colleagues asking "When's that book of yours going to be published, Rik?" and then having to watch their eyes glaze over as once more I attempt to explain the publishing process to them.

Self-publishing begins to look tempting, even though I've barely scratched the surface of this complex and idiosyncratic business ...

... but maybe not just yet. What I am planning to do is to take down the current RikVerse book from Lulu.com - and publish a revised and extended version (with me listed as the publisher rather than Lulu) ... which in turn means setting myself up as an independent micropublisher. Exciting stuff, huh? I want the poetry book to be available in hardback, paperback and eBook formats. I'm not sure I need an Amazon.com listing as most sales have been generated via my website - and anyways I'm not happy with Amazon's (apparent) policy of demanding publishers offer a high cover price just so they can do their 50% off offers. In addition to the RikVerse, I also plan to finish and publish Snowdrop next year, and there's also SpinTrap, which I never see being published by a big traditional publisher (once it's finished and revised and polished and stuff) ... so maybe, maybe ...
Posted by Rik at 1:56 pm No comments:

Ceremonies for Christmas (excerpts), by Robert Herrick
Posted by Rik at 5:11 pm No comments:

The Burning Babe, by Robert Southwell
Posted by Rik at 8:36 pm No comments:

To celebrate the end of this year's (brown and musty) 70s fashion revival, one of my favourite songs from that (otherwise dismal) decade:


(I can't wait to find out what next year's fashion colour is going to be. Please, no more tan, no more brown, and no more men wearing sandals and socks!)
Posted by Rik at 2:50 pm No comments:

A Christmas Carol, by Christina Rossetti
Posted by Rik at 7:07 pm No comments:

12 advent poems now posted to This:Poem, 12 more to go. I hope you're both enjoying the selection so far!

To a Locomotive in Winter, by Walt Whitman
Posted by Rik at 10:17 pm No comments:

Music on Christmas Morning, by Anne Brontë
Posted by Rik at 8:22 pm No comments:

The Wassail Song, a traditional poem
Posted by Rik at 2:31 pm No comments:

To A Mouse, by Robert Burns
Posted by Rik at 2:22 pm No comments:

Schoolboys in Winter, by John Clare
Posted by Rik at 9:42 am No comments:

Winter is good -- his Hoar Delights, by Emily Dickinson
Posted by Rik at 11:51 am No comments:

We Three Kings of Orient Are, by John Henry Hopkins
Posted by Rik at 6:09 pm No comments:

On the Morning of Christ's Nativity, by John Milton

... that second verse is to die for: 'And chose with us a darksome house of mortal clay'
Posted by Rik at 10:00 am No comments:

The Oxen, by Thomas Hardy
Posted by Rik at 8:42 am No comments: